Hi! My name is Maxime Brodat, aka Fouss, and I'm a Game Engine Programmer. I live in Québec, and currently work at Polymorph Games.

Before working in the games industry, I studied in France for an Engineering Degree in Computer Science (minor in Image, Interaction and Virtual Reality) at UTBM (Université de Technologie de Belfort-Montbéliard).

At the end of this curriculum, I've had the opportunity to move to Canada for finishing my degree, in addition to studying at UQAC (Université du Québec À Chicoutimi) for a Master's Degree in Computer Science (minor in Video Games).

Since then, I have been in the games industry for 2 years now, working mainly on studio tools and modding.

Run, Gun, Cry! is a local-coop multiplayer game where three players will have to cooperate to drive a mecha. They will each have a different game controller, but they will have to work together on a single screen.

The game features an asymmetrical gameplay where each player has a specific role:

All three players have to cooperate on a single screen in order get the best score possible.

The goal of this project was to develop a video game prototype in a more structured way than Undruidic Championship. This time, we were tasked to work in a 6-person team, and with a small budget in order to buy the assets we needed.

In addition to the added experience of designing and developing a new game, this project allowed us to expand our knowledge of the Unity engine. 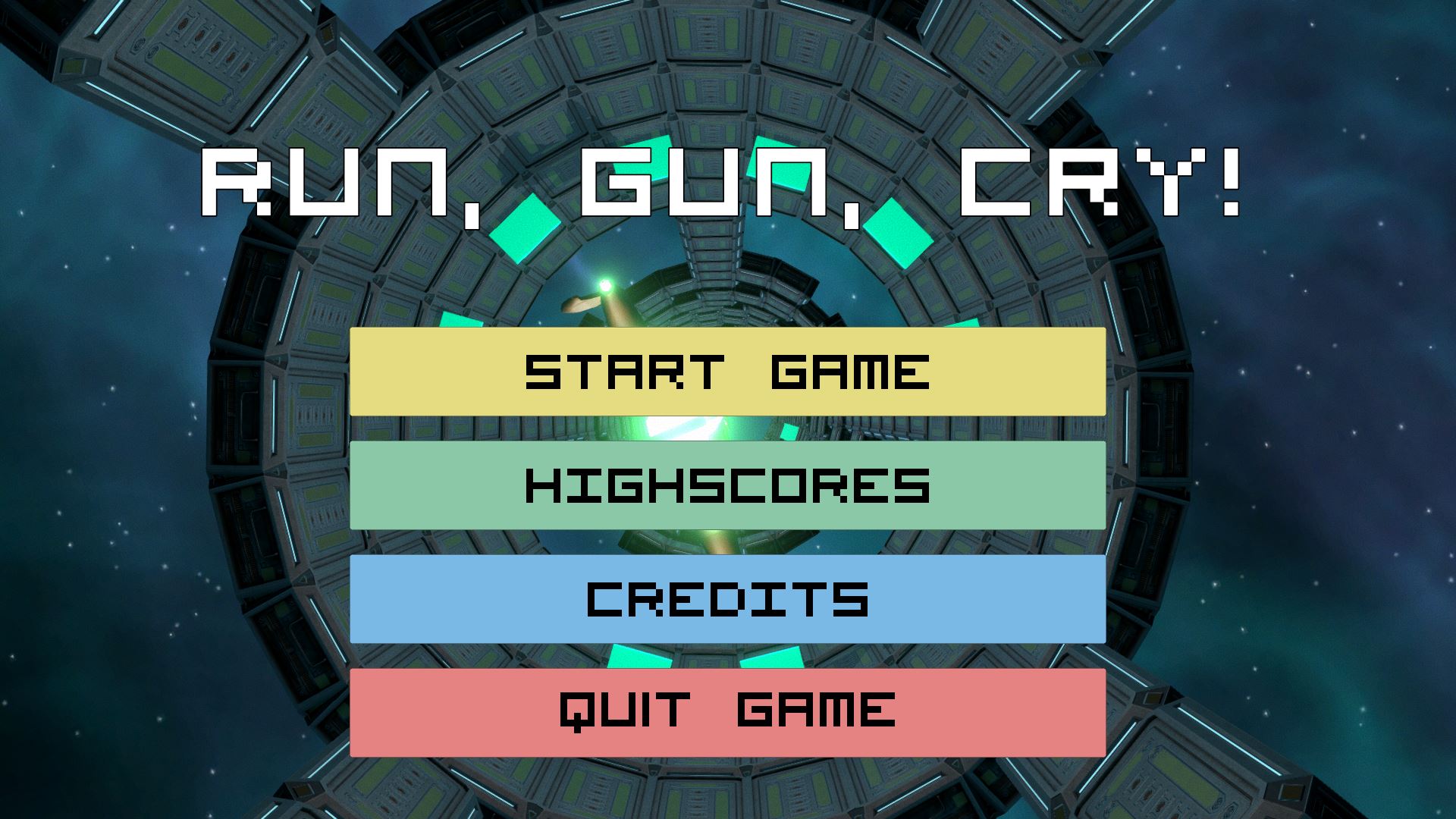 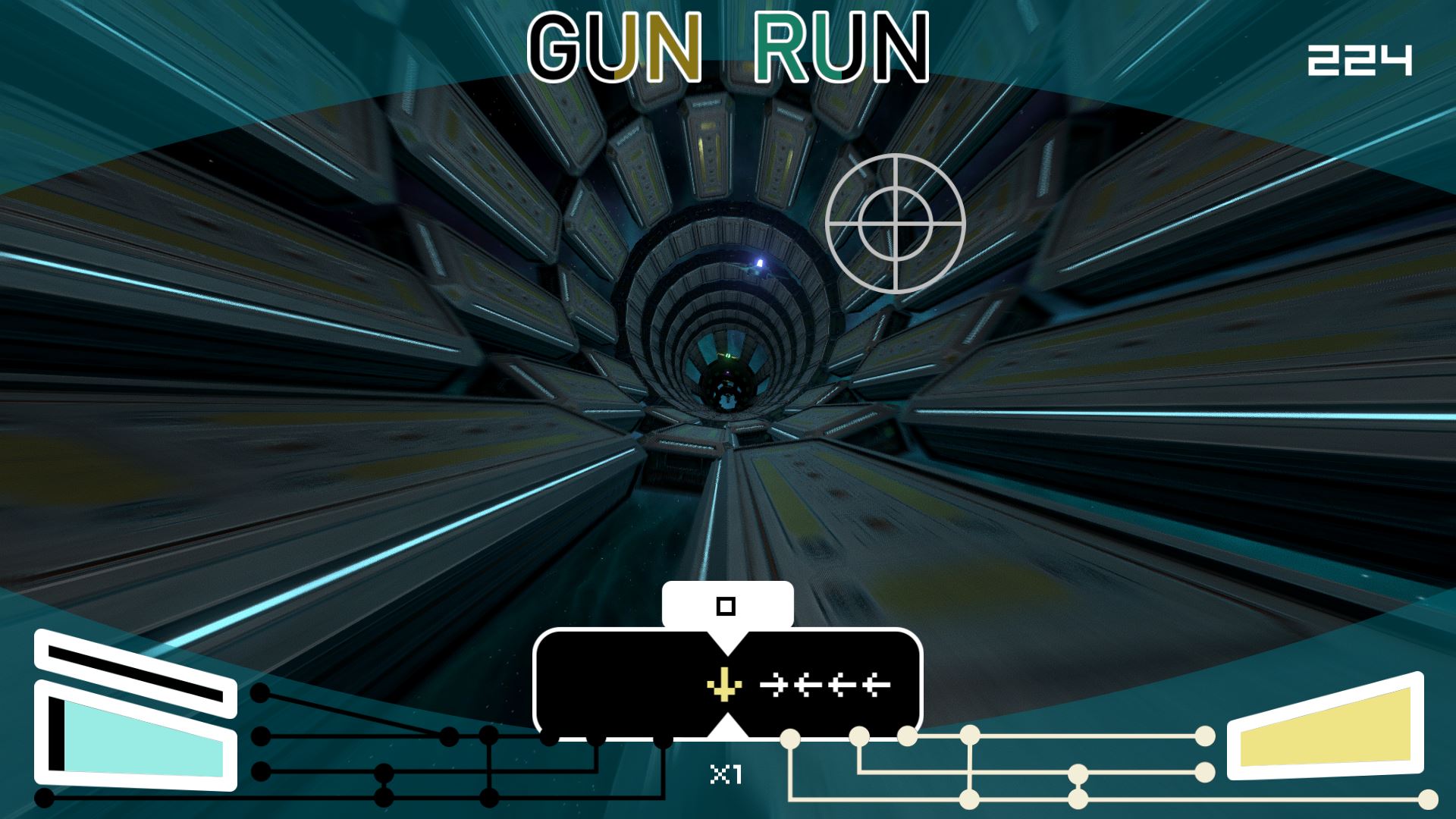 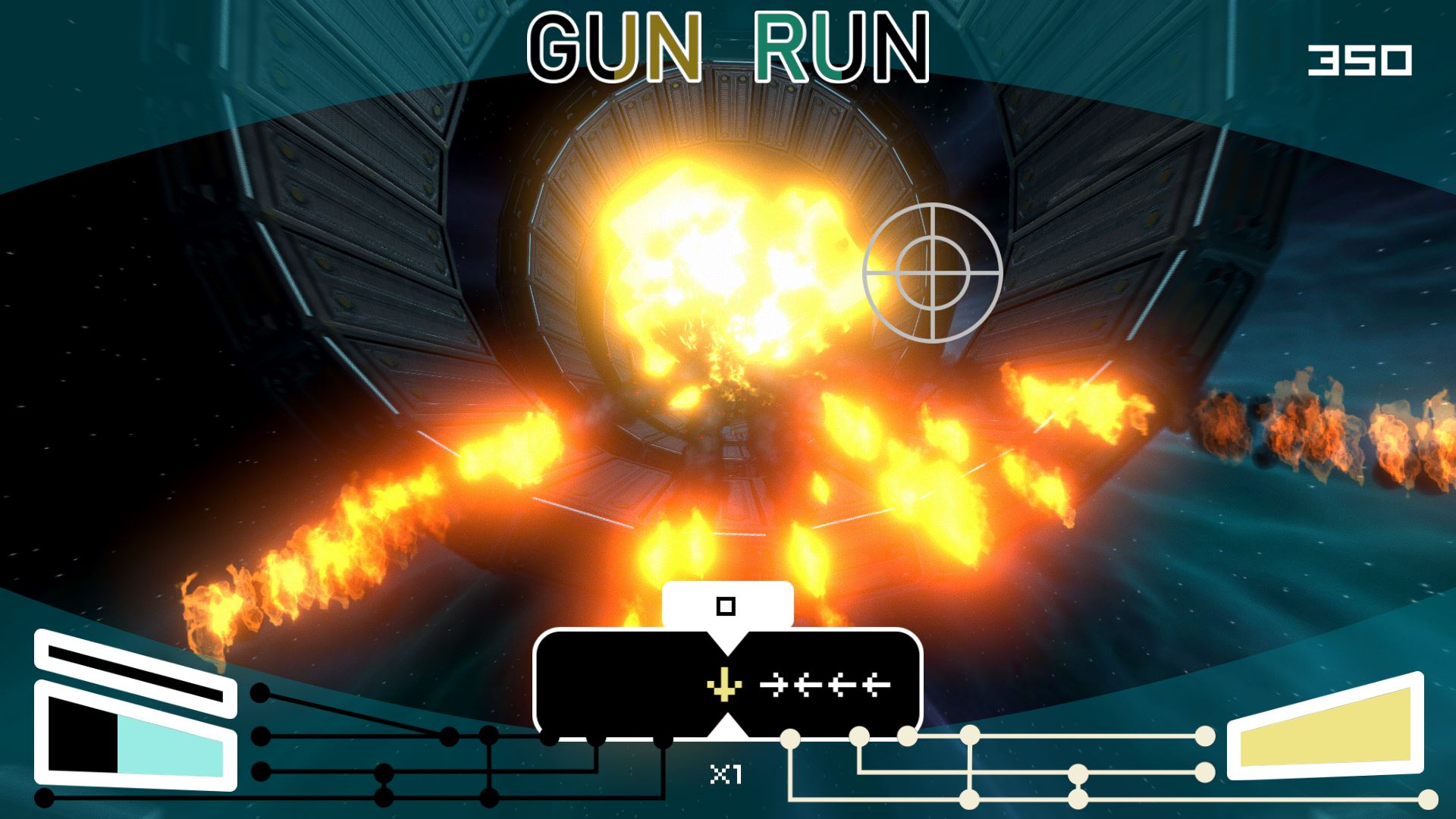 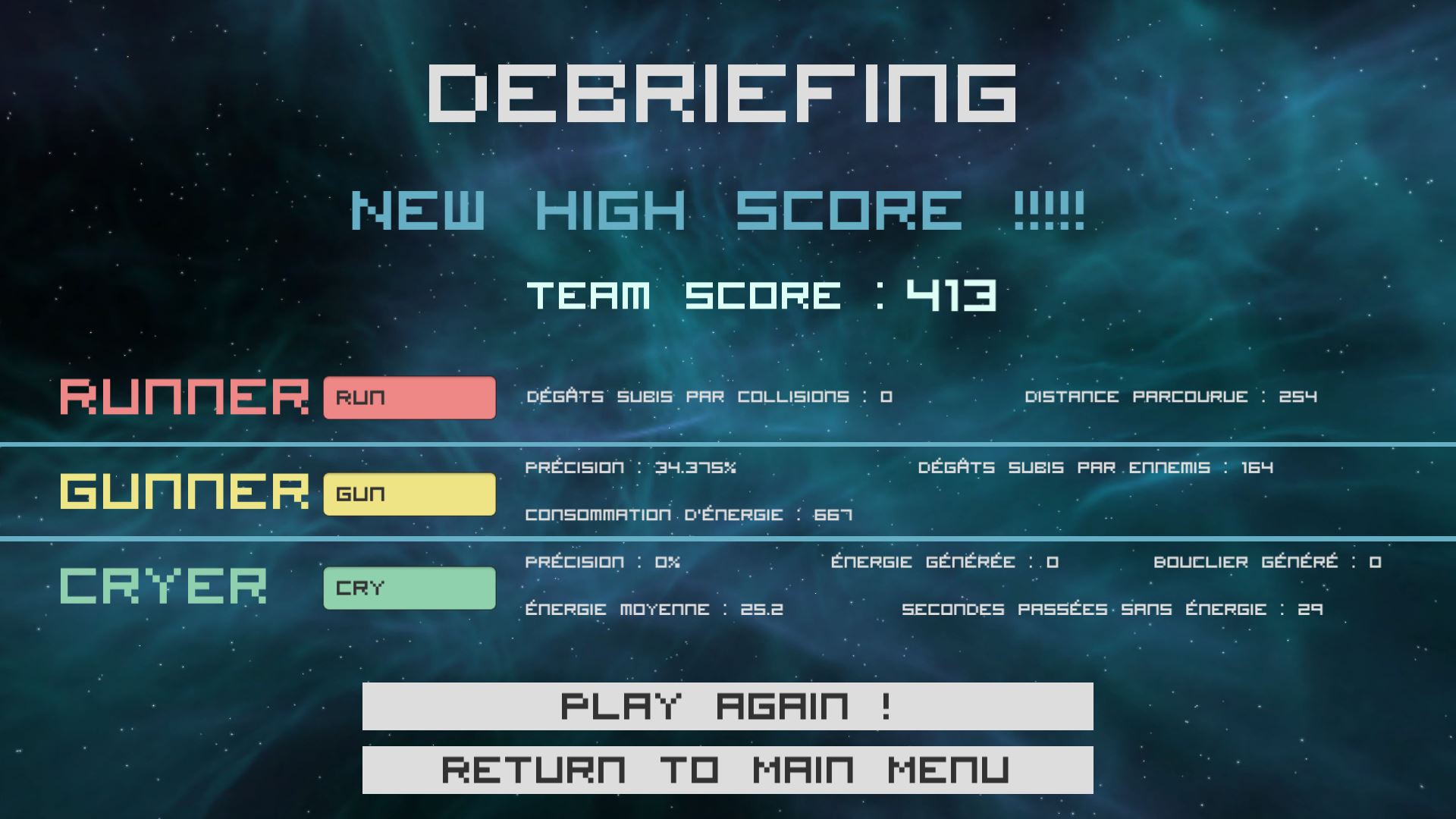 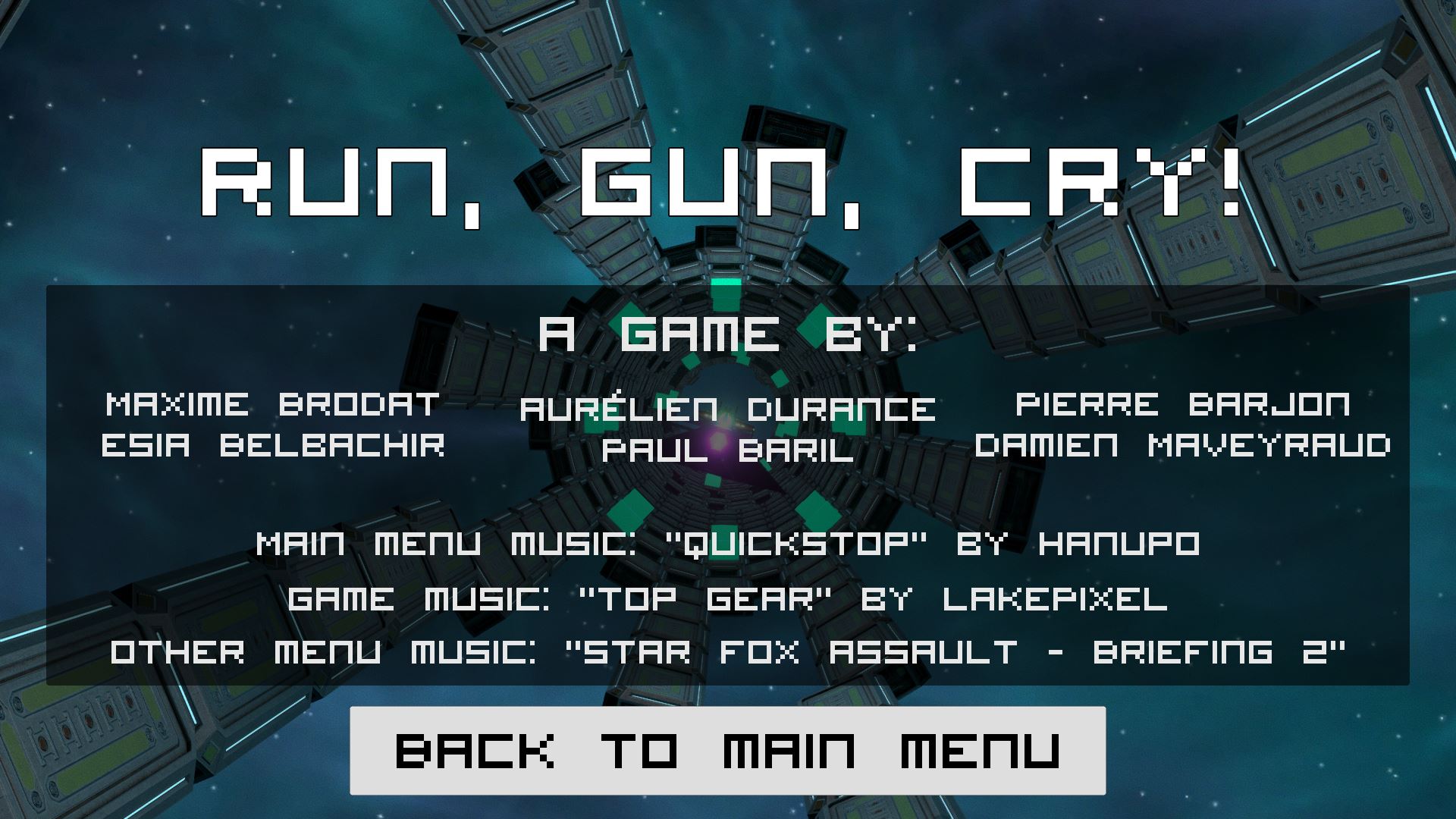 Neon Jam is a fast-paced arcade runner game, in which the player controls a character through multiple circular levels. Do accomplish this, the character has to evade obstacles by jumping, sliding, or air-dashing.

The character's speed slowly increases. In case of collision with an obstacle, it strongly decreases. If the speed is too low, it's game over. But if the character reaches a certain velocity, the current level disappears, and the player moves on to the next one.

This game was developed for the 2018 Pixel Challenge game jam, by a 6-people team, using the Unity engine. 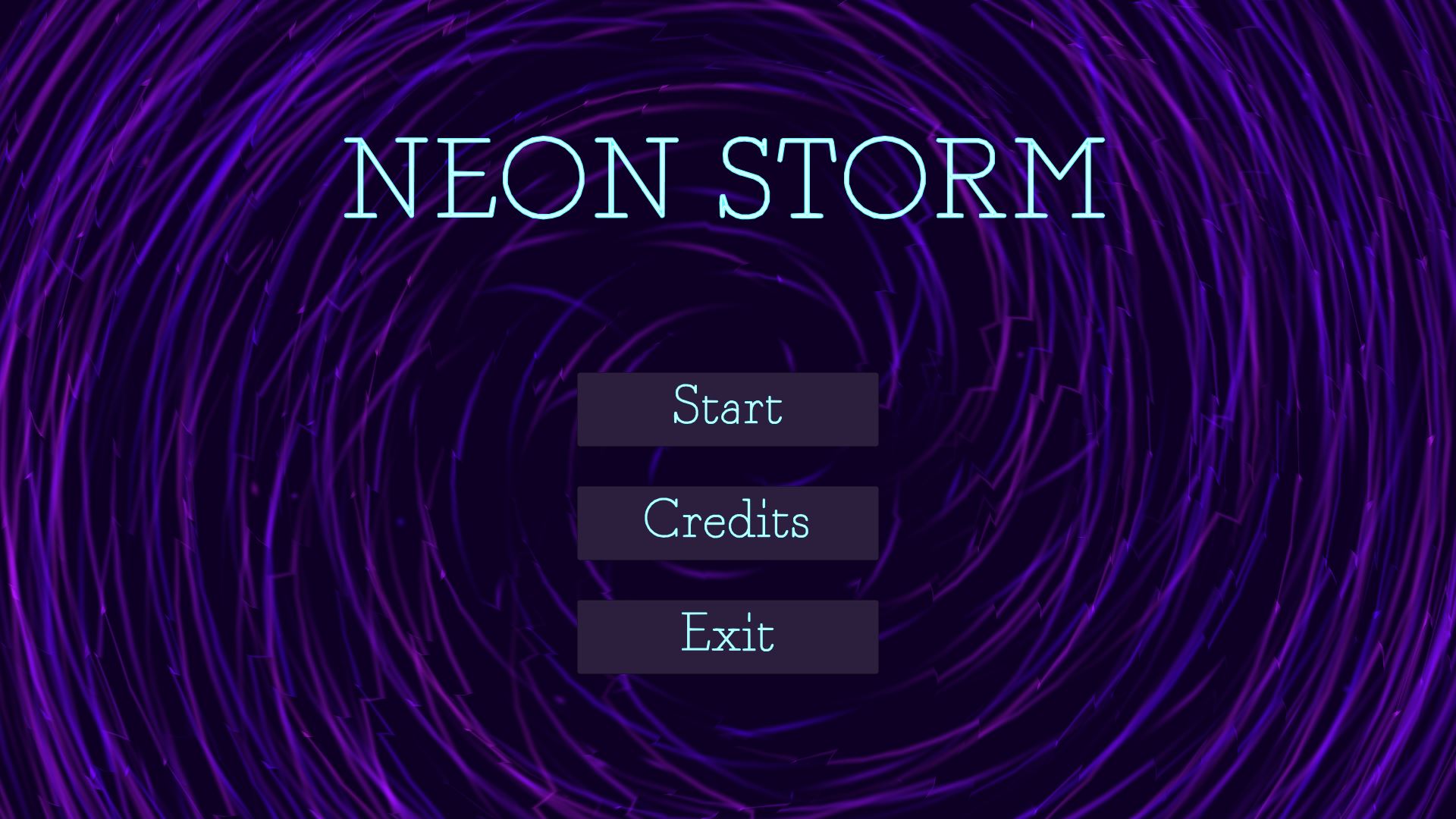 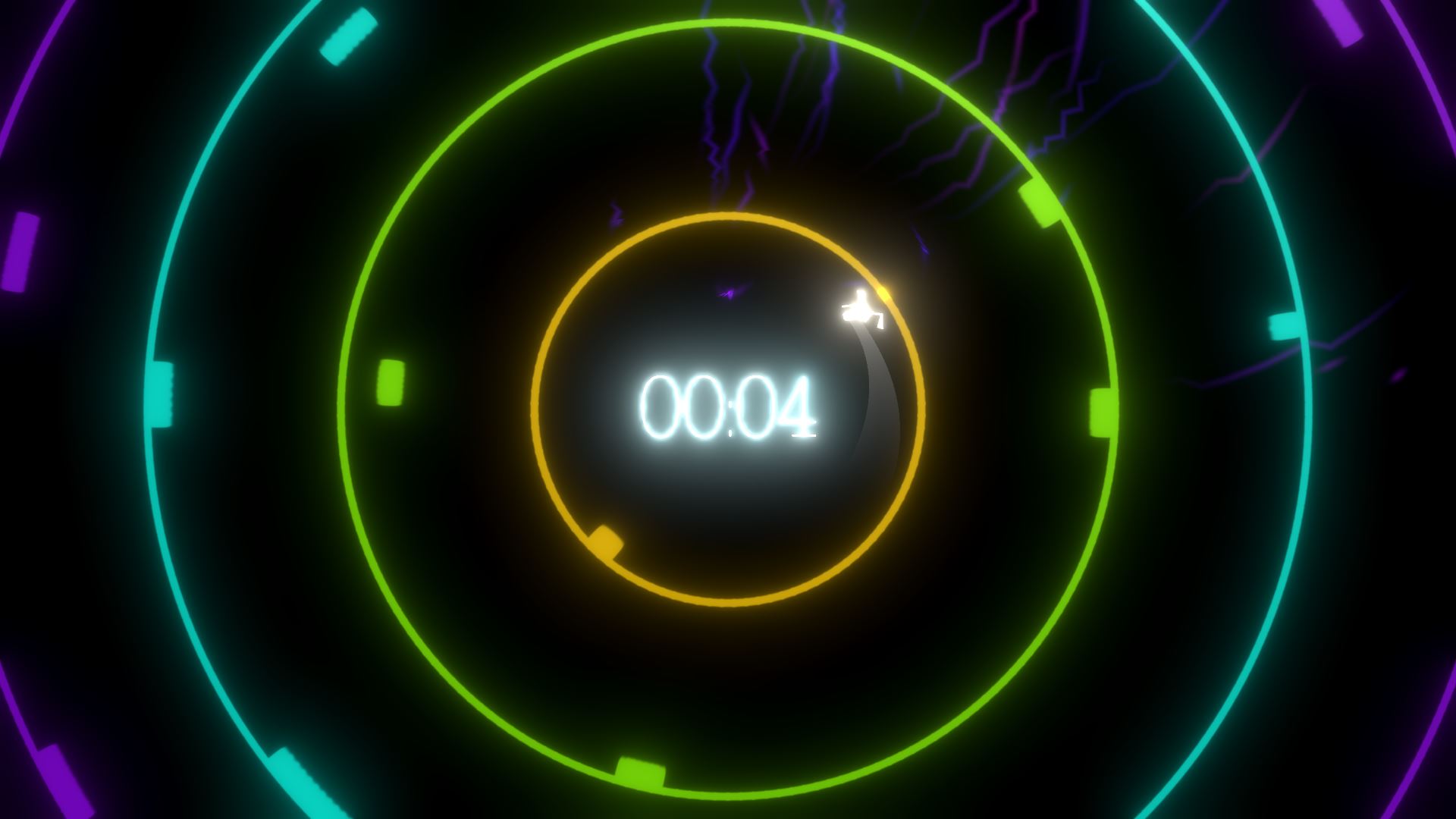 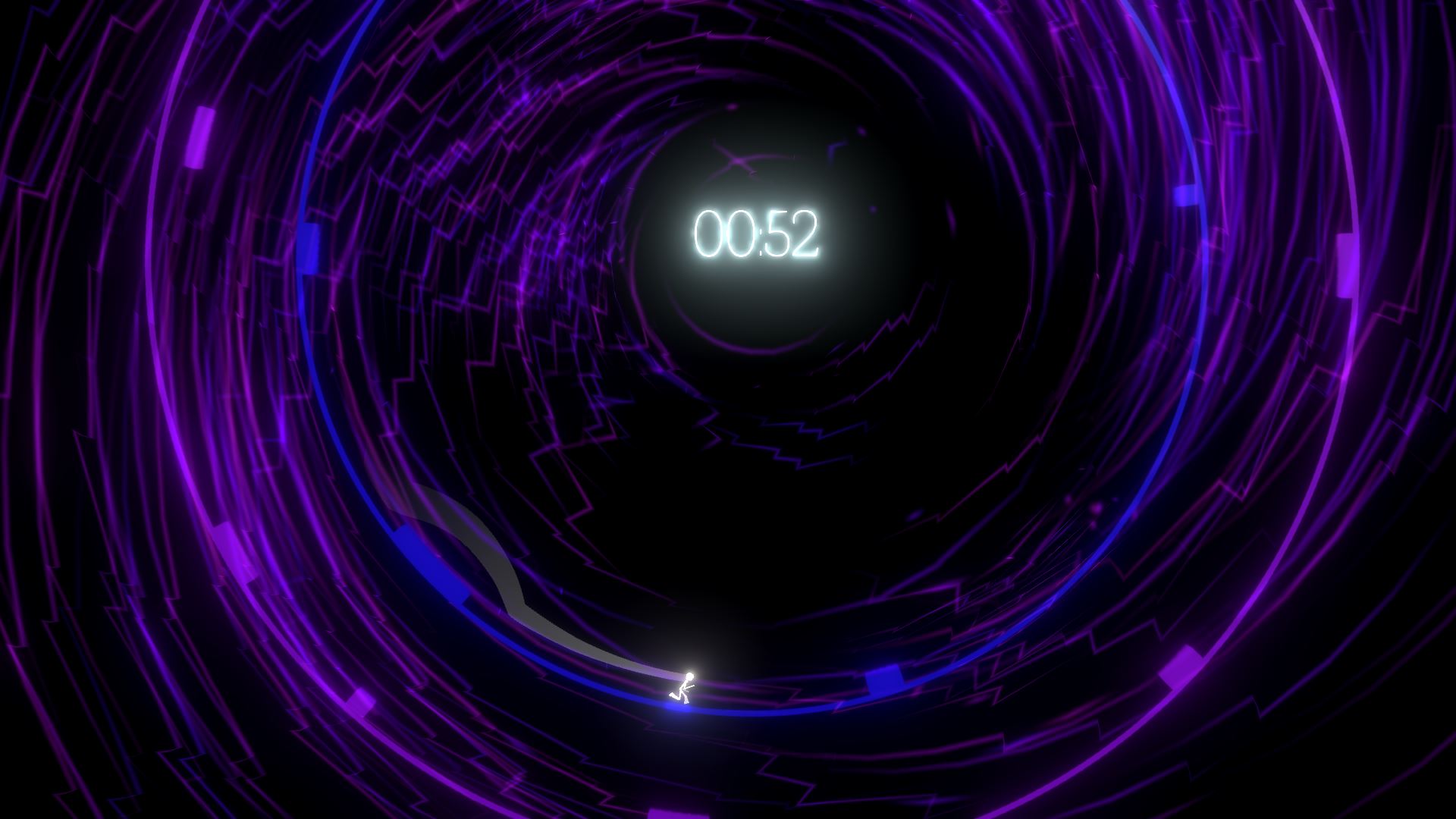 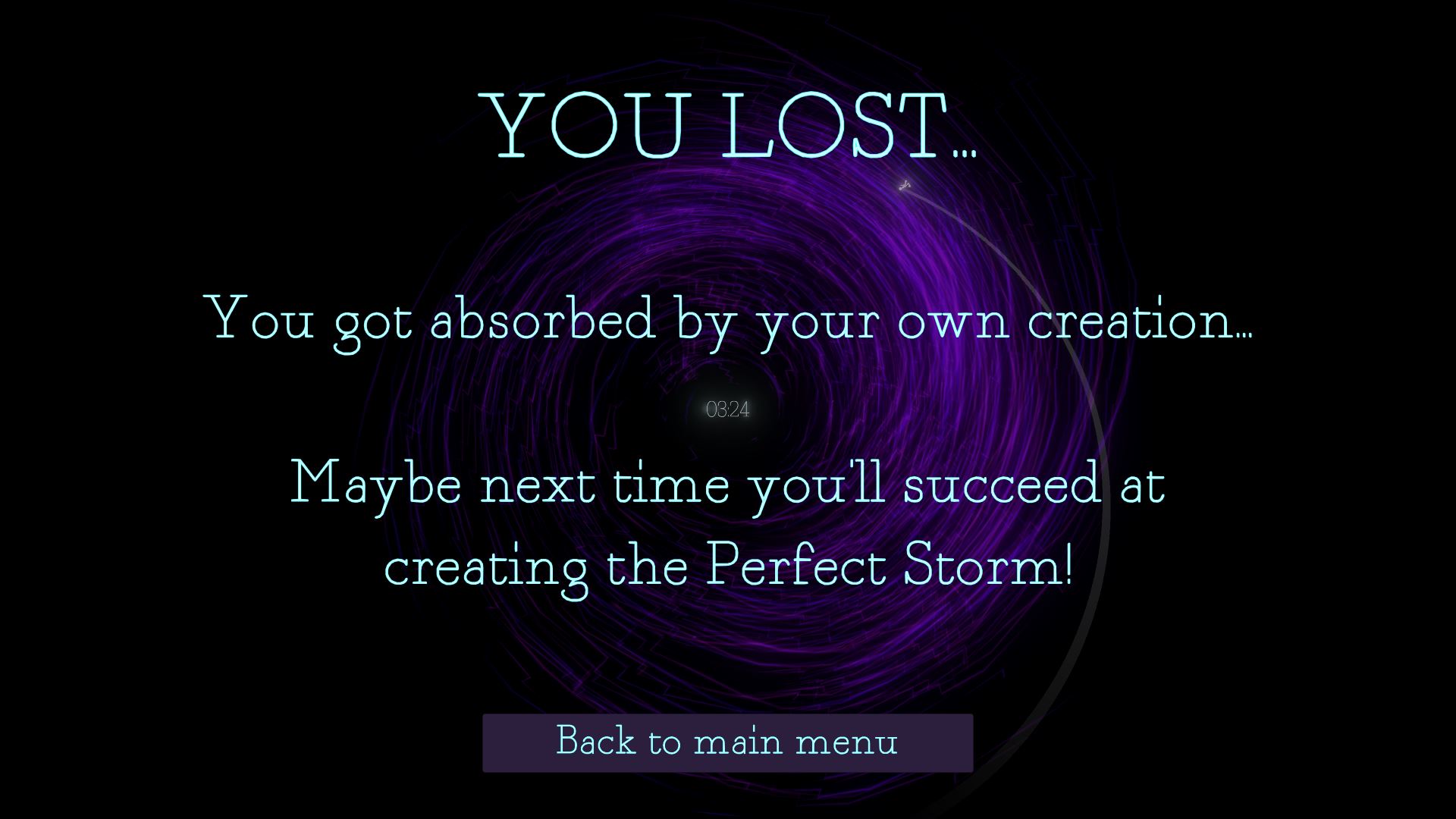 Neon Jam is a fast-paced arcade puzzle game, where you have to guide a ball to a target. To achieve this, you can use objects like pistons, walls and trampolines. But once you hit the target, everything you placed stays, and you have to hit another target.

To challenge the player, there is a timer that can be replenished only by hitting targets. Since all objects previously placed are staying, the game will be harder and harder, until the timer reaches zero.

This game was developed for the Winter 2018 WonderJam game jam, by a 6-people team, using the Unity engine. 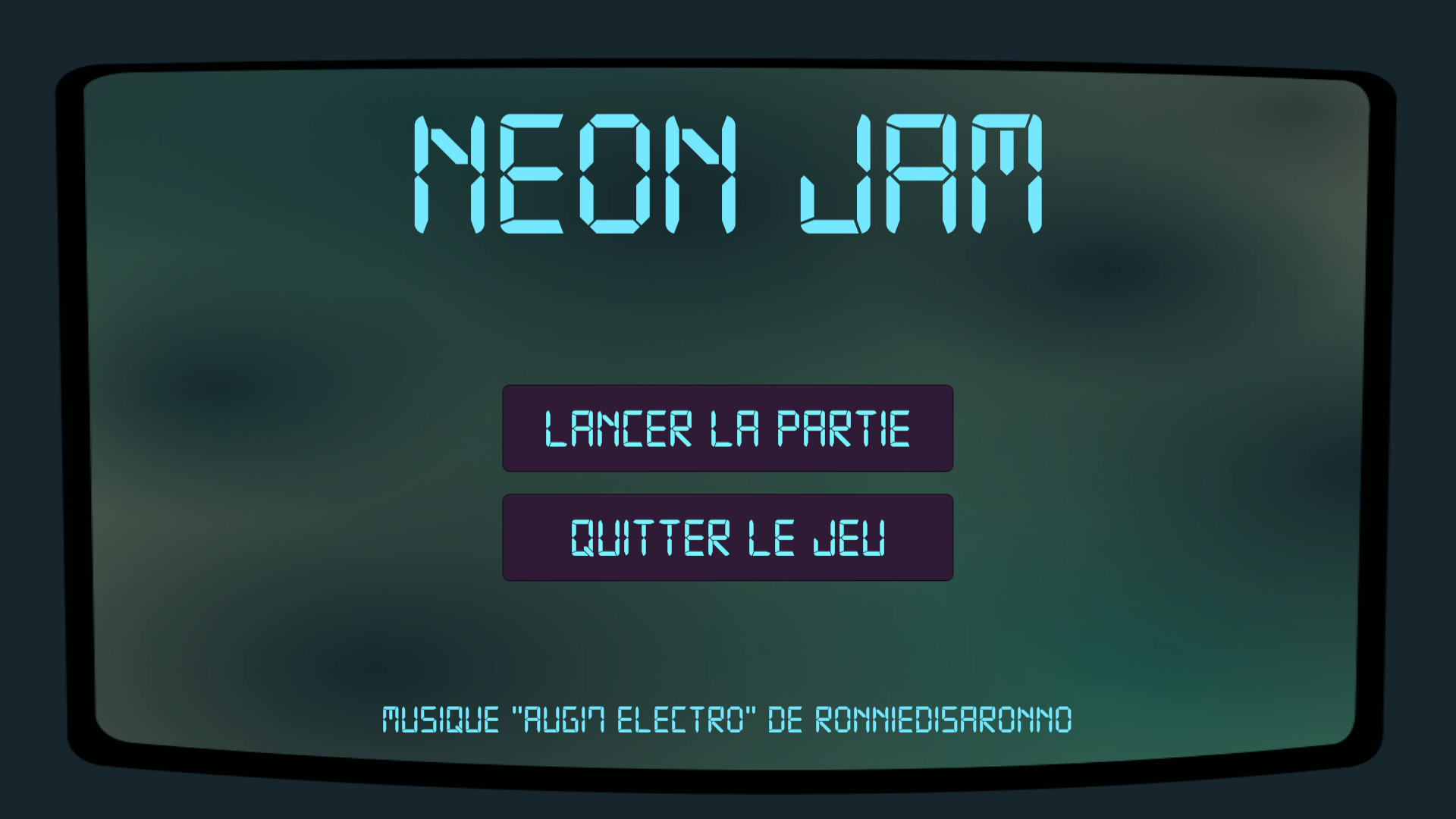 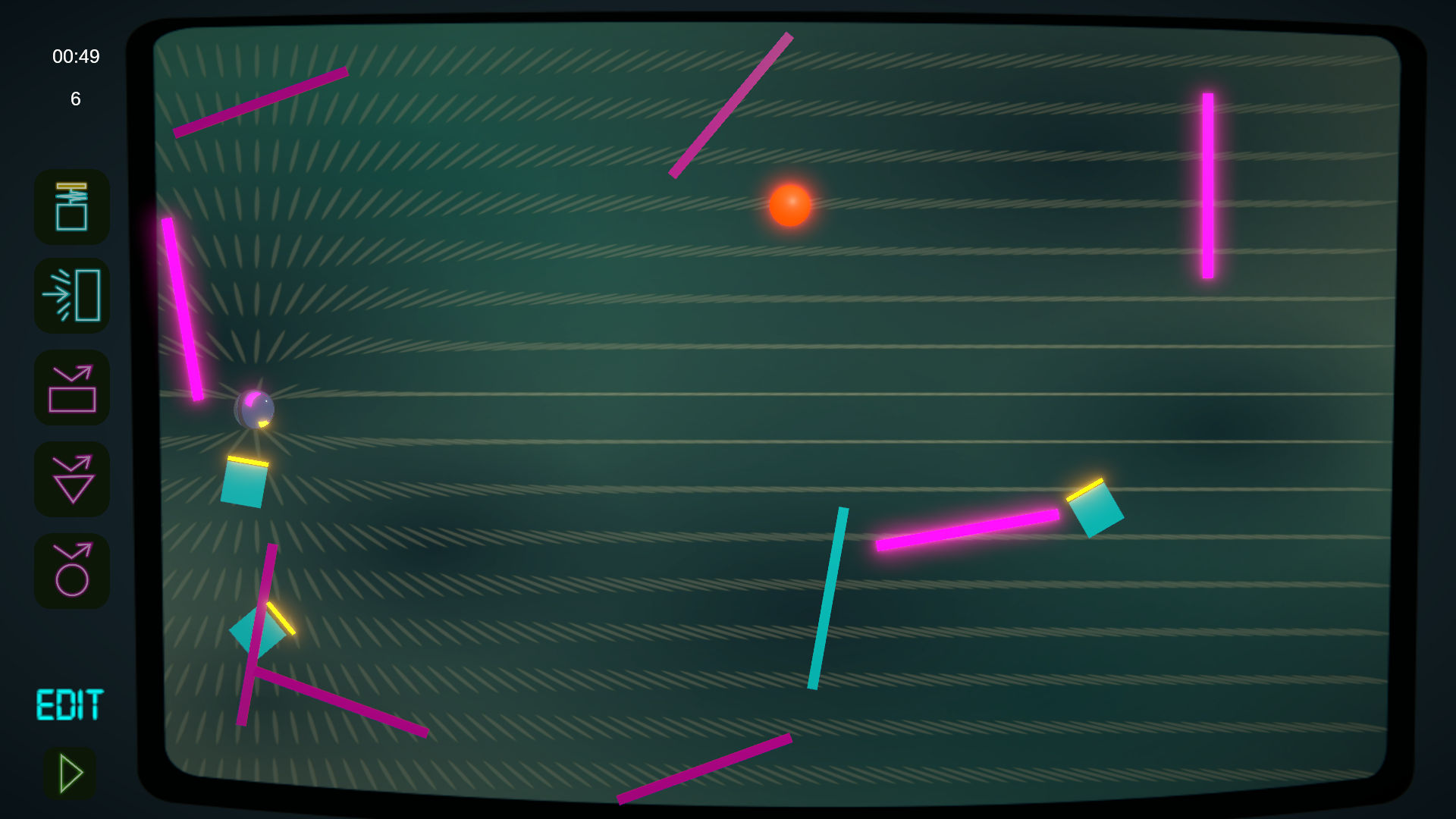 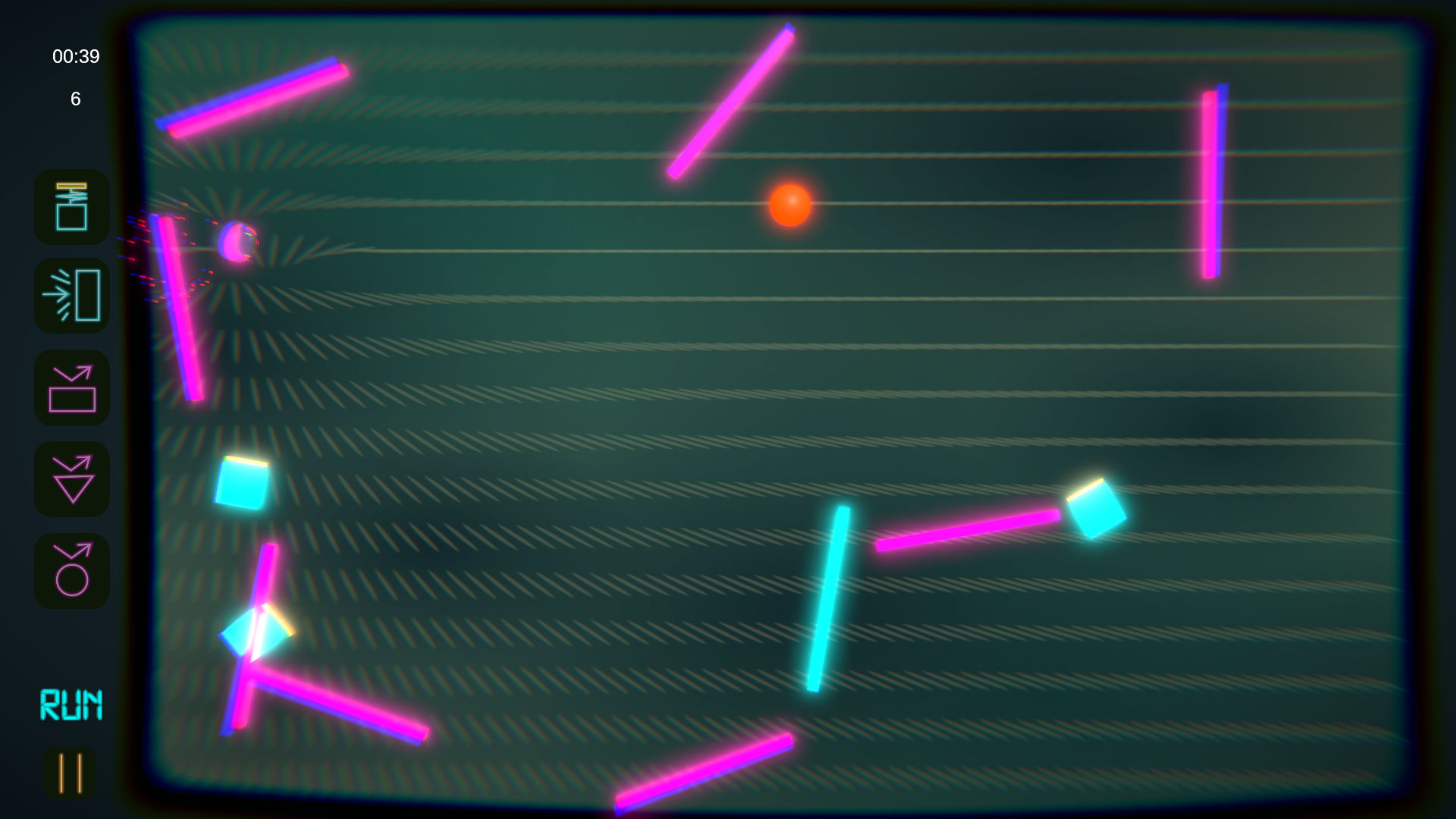 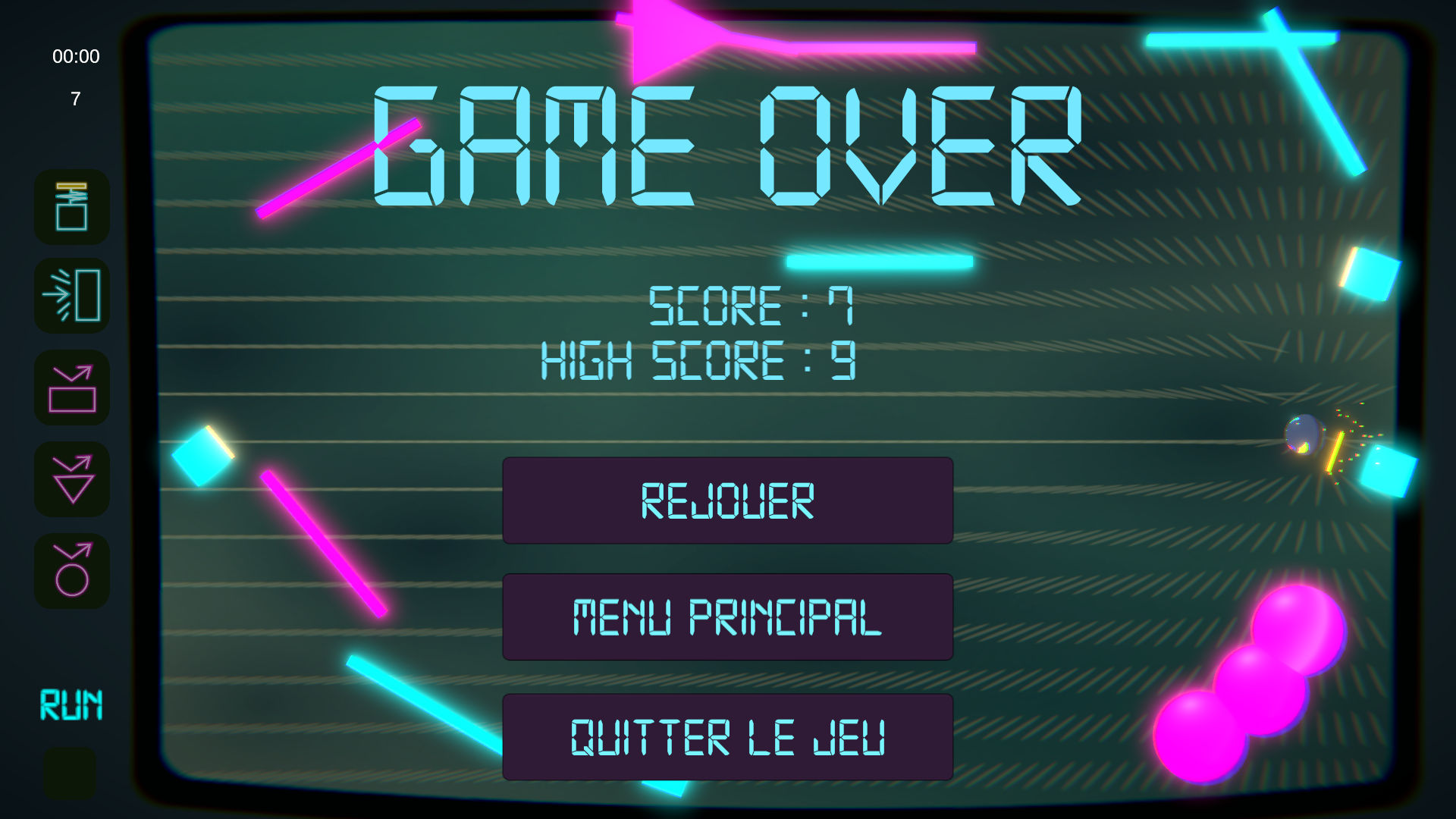 Undruidic Championship is a fast-paced third person arena combat game. Up to 8 players fight in an arena with melee weapons, but with a special mechanic: when a character stops moving (including the camera), it quickly becomes invisible, but starts losing HP.

The game takes place in a small map with lots of places to hide, so this can be a great advantage for who knows how to use it. Players can also find multiple weapons (sword, dagger, axe, staff) scattered all over the map.

The idea behind this project was to acquire a first experience in video game development. We were asked to apply an Agile method, document the project, and develop a video game prototype. The documentation part consisted in the conception of a Game Concept Document, a Game Design Document, and weekly sprint reports.

Since we only had four weeks to develop the game, we decided to develop a simple prototype with one main mechanic.

This project was a good first experience with video game development. First, having no experience following a proper methodology prior to this project, it has been a great way to discover the uses and advantages of the Scrum methodology

I also learned a lot about graphical assets conception and game development itself on the tools used, since his was my first experience with both the Unreal Engine and Blender. 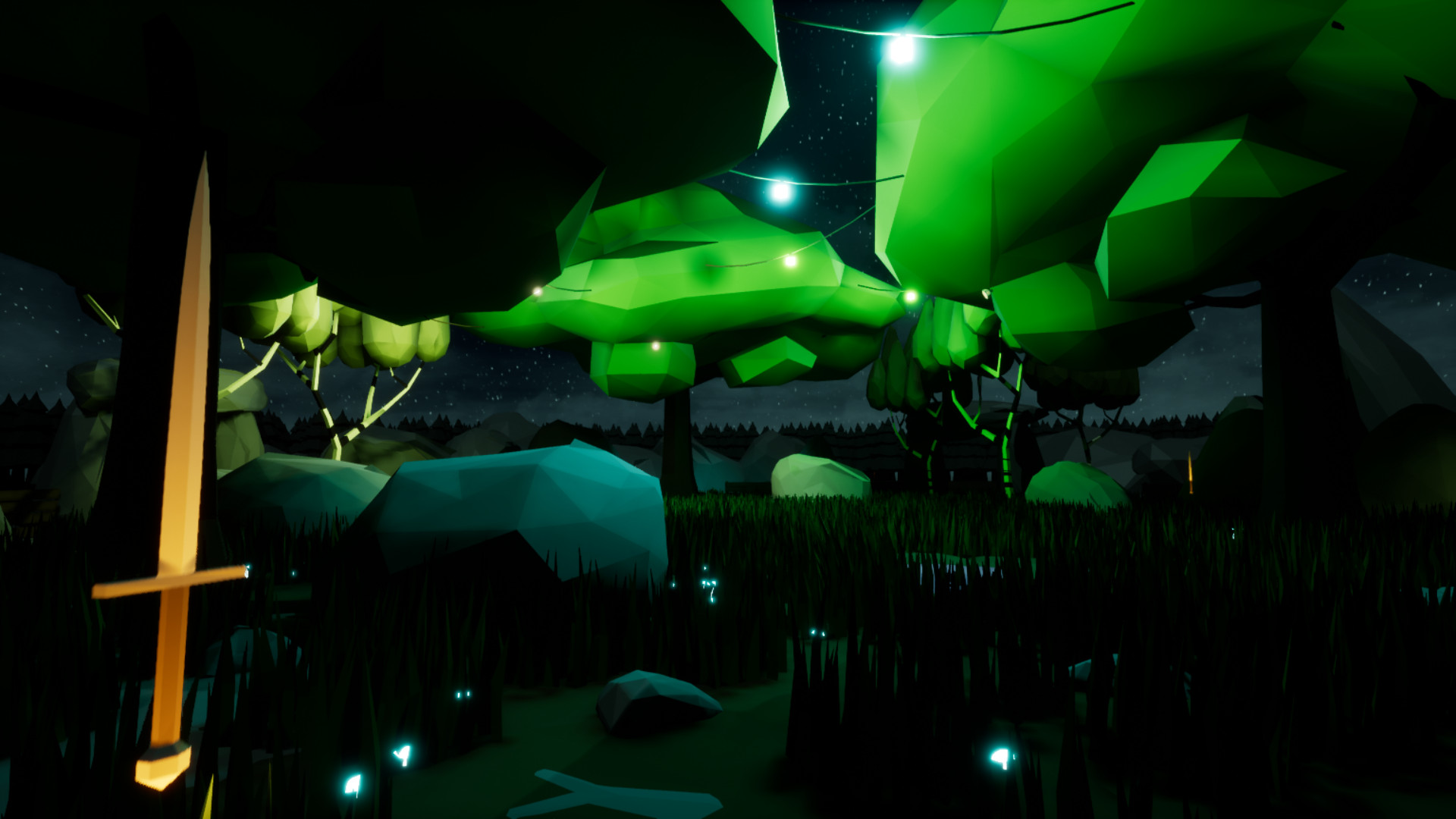 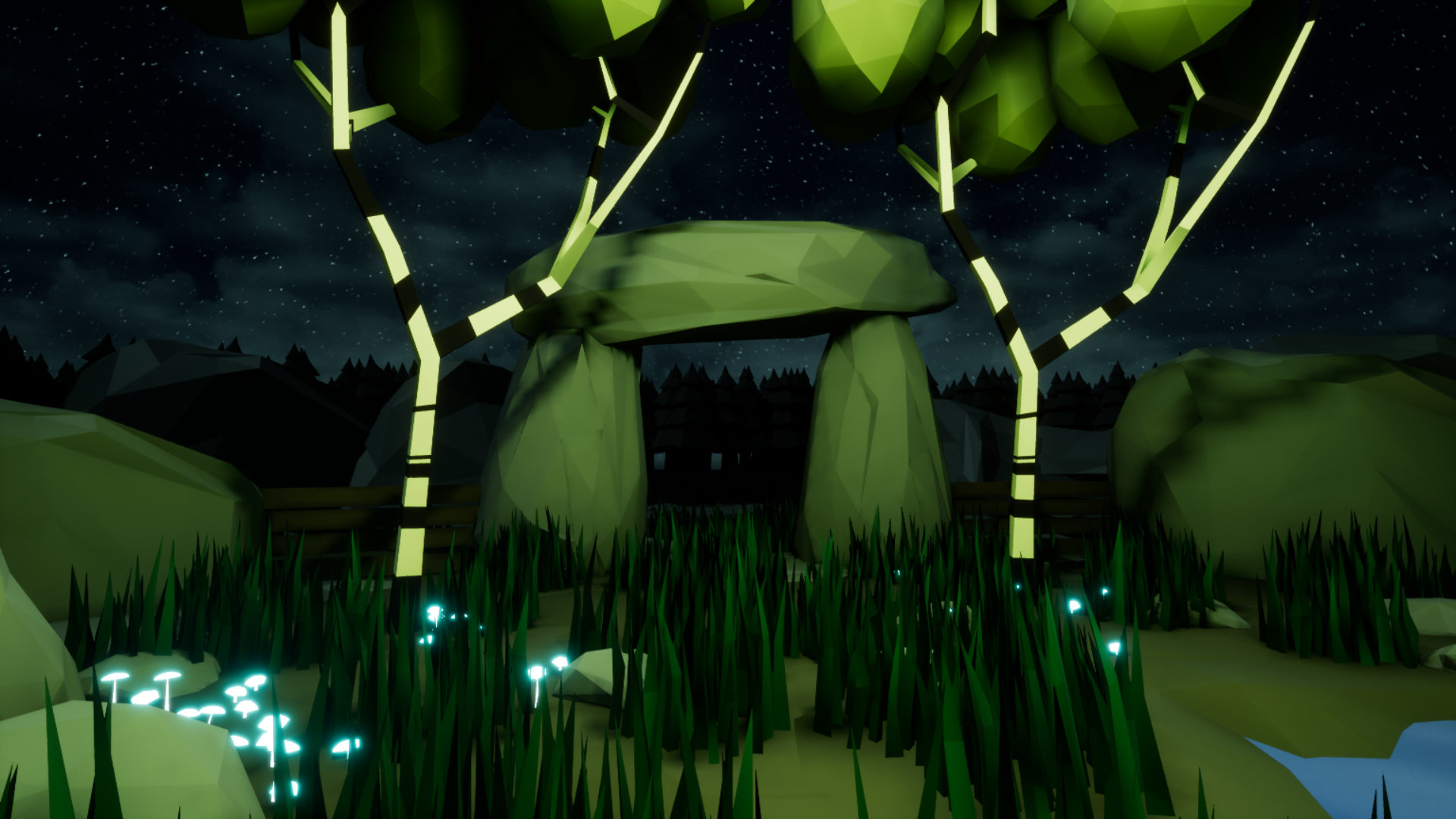 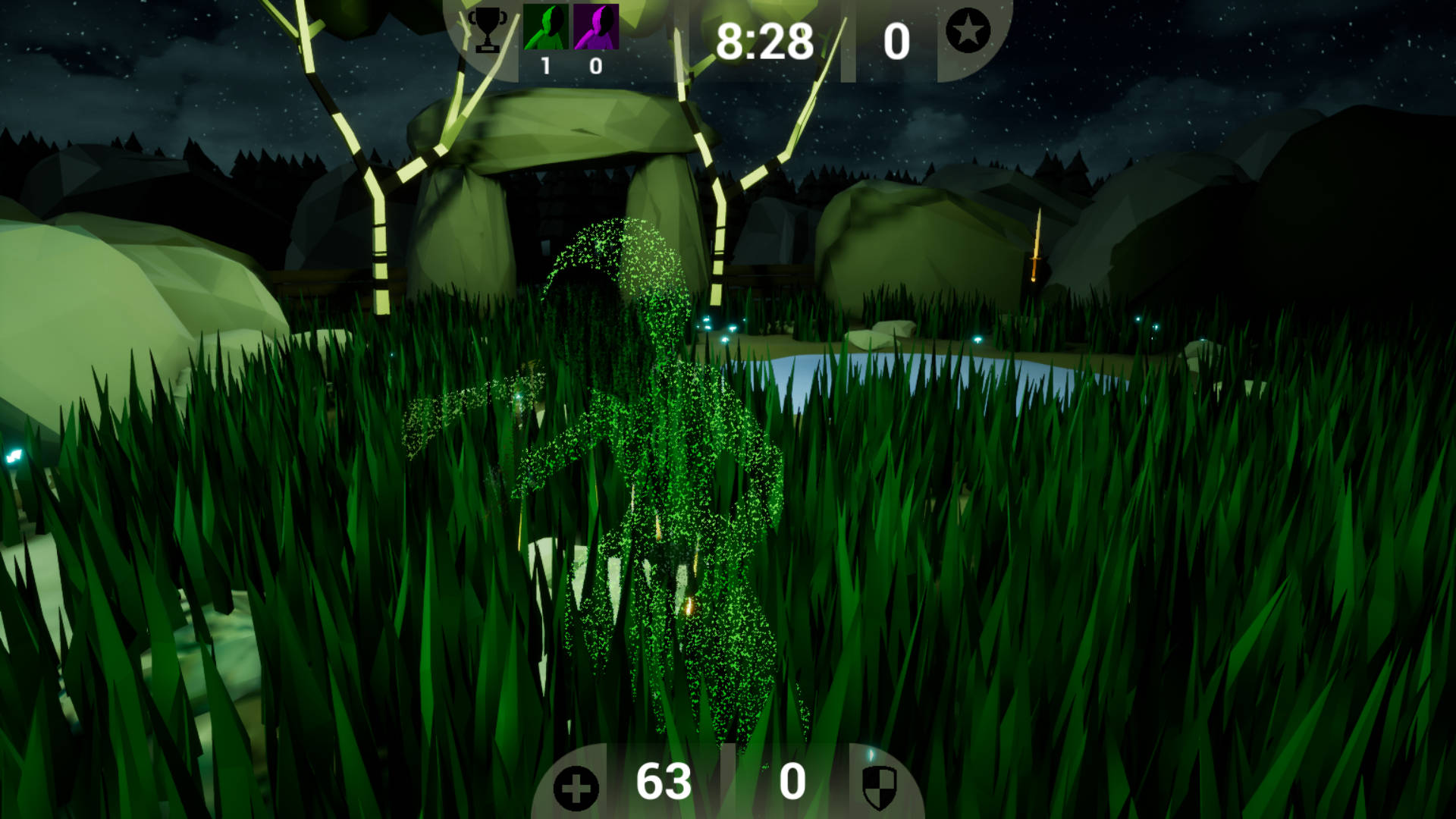 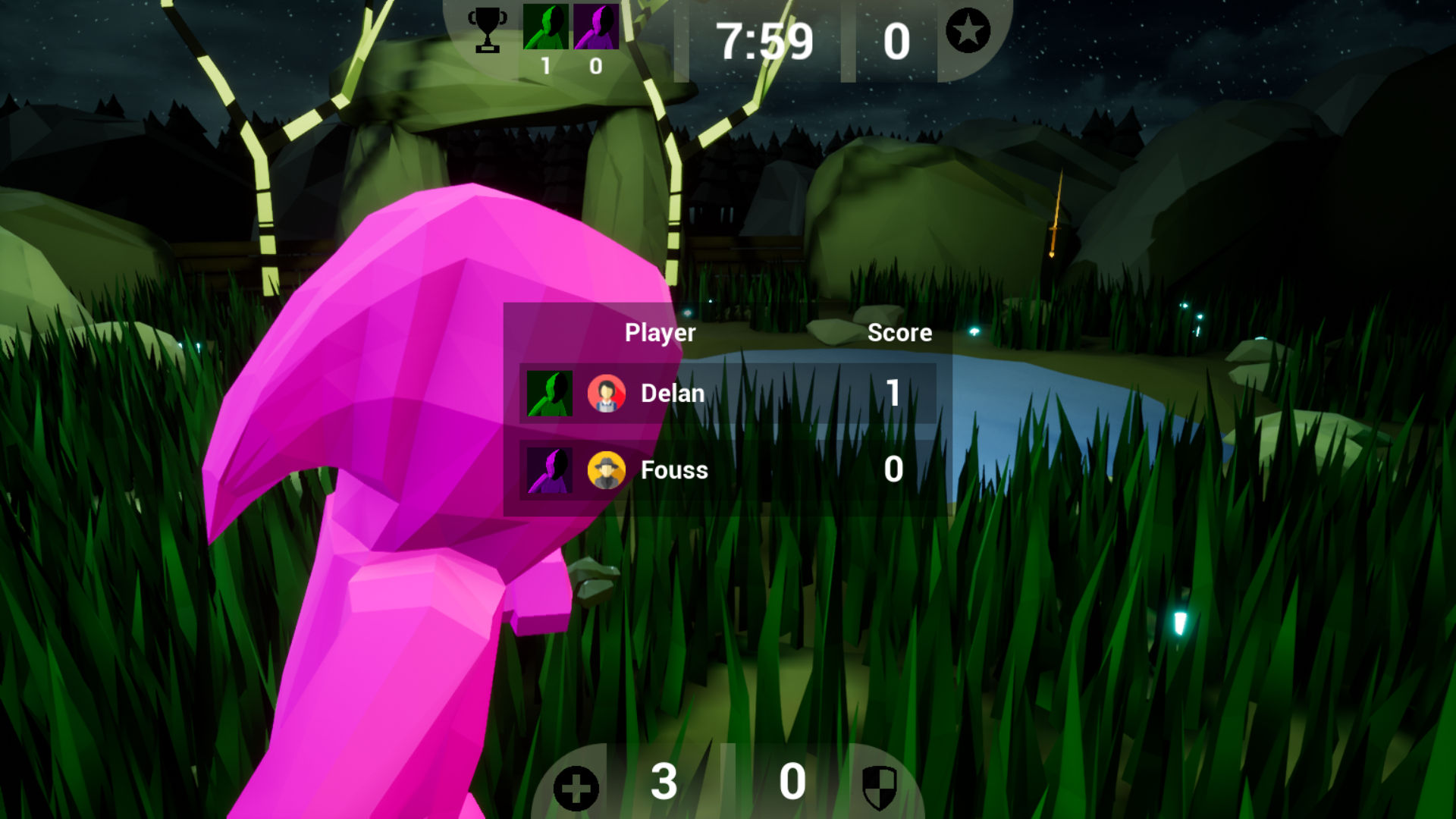 The main goal of this course was to understand three big properties that today's smartphones enable, and implement one of them: persuasive computing, ubiquitous computing, and urban computing.

We chose to implement the concepts of ubiquitous computing, and decided to develop some kind of social network where users can consult virtual bulletin boards. Boardeo users can subscribe to their favorite/usual boards, and thus being informed of new content on their subscriptions.

We conceived this application as a way for professional companies and smaller structures to easily communicate with their subscribers. For example, a store can setup its own board in order, for regular customers, to receive promotions. Another example we had in mind was for communities, like buildings inhabitants, to share easily information between each others. 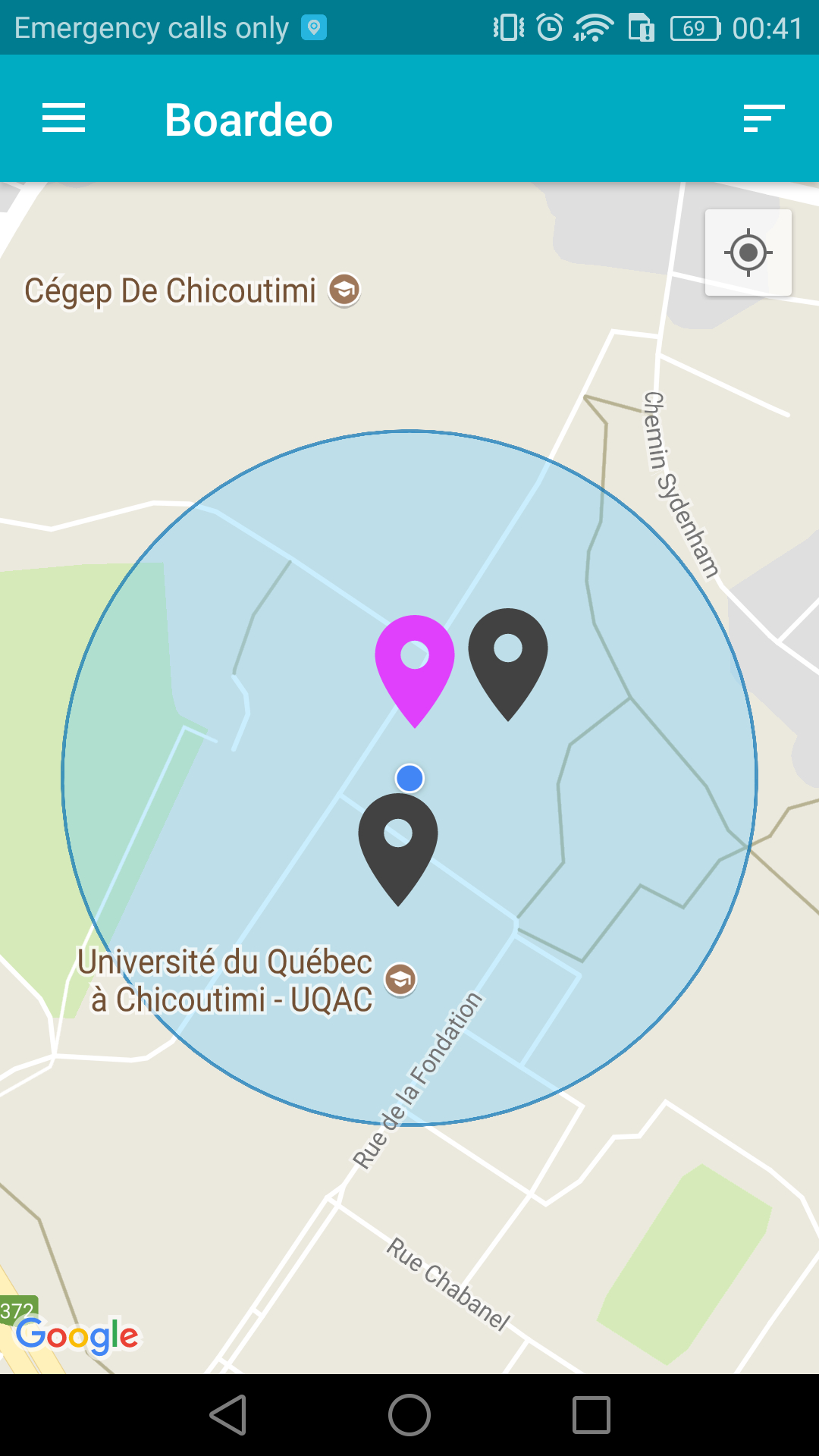 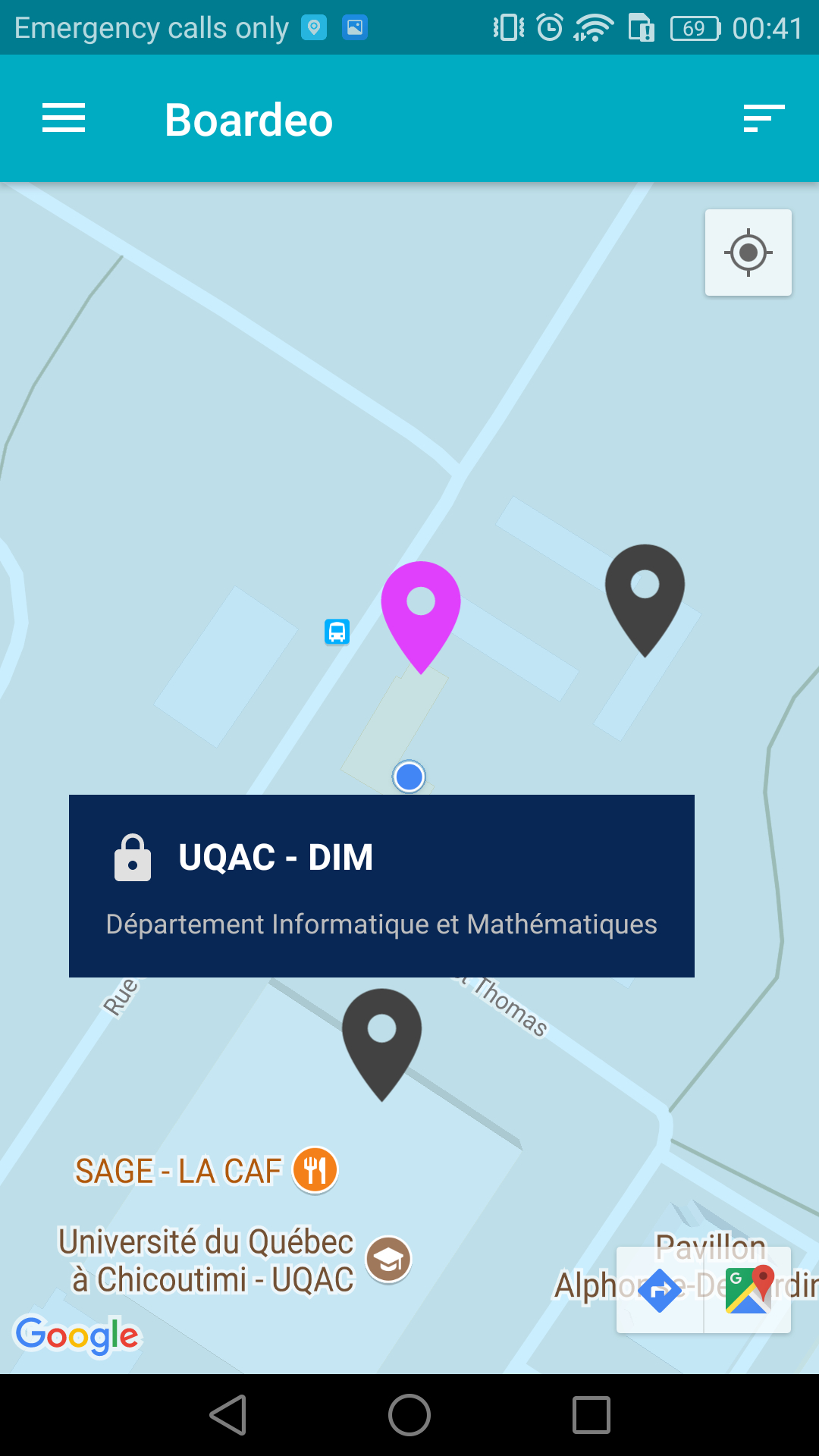 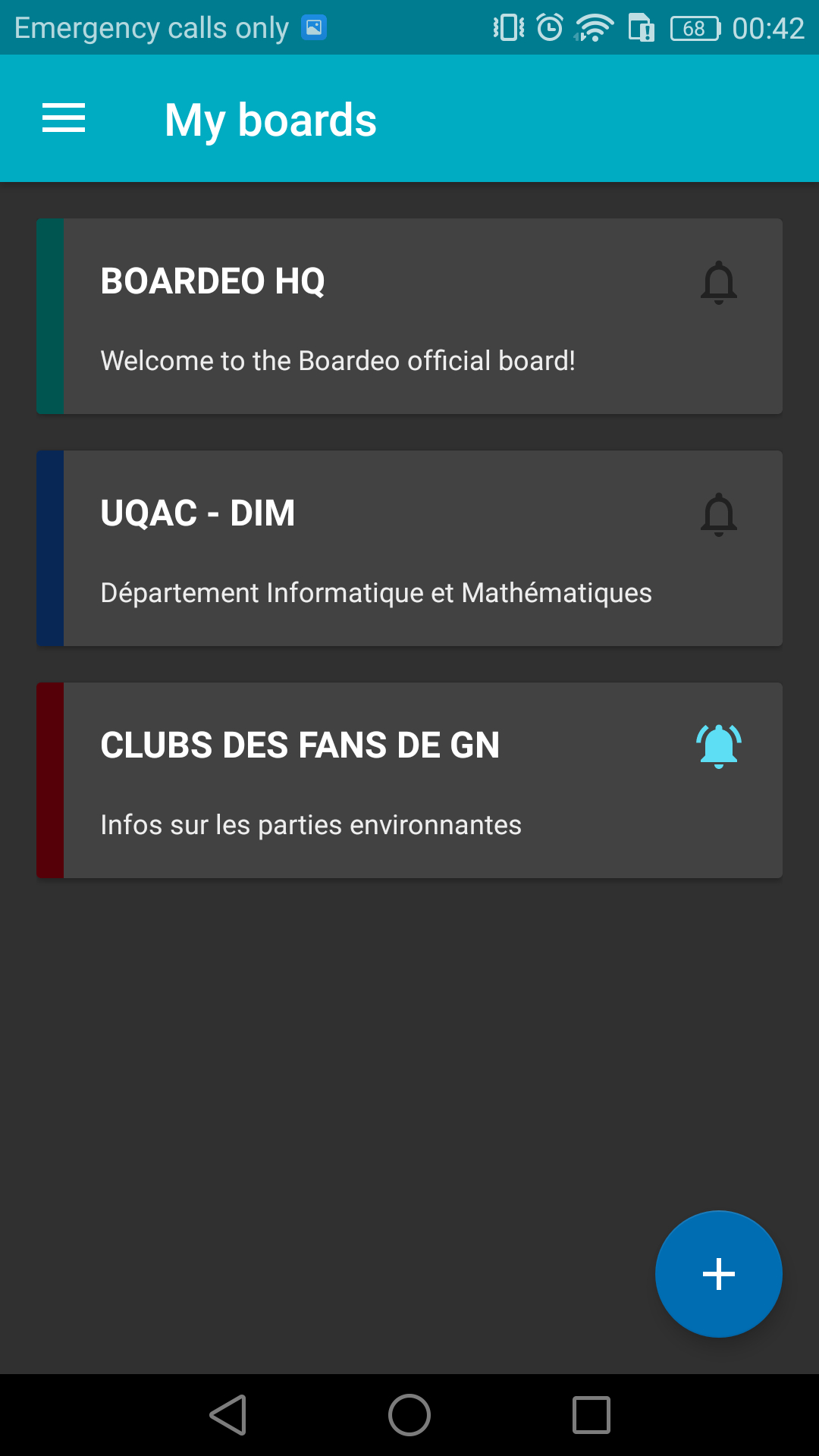 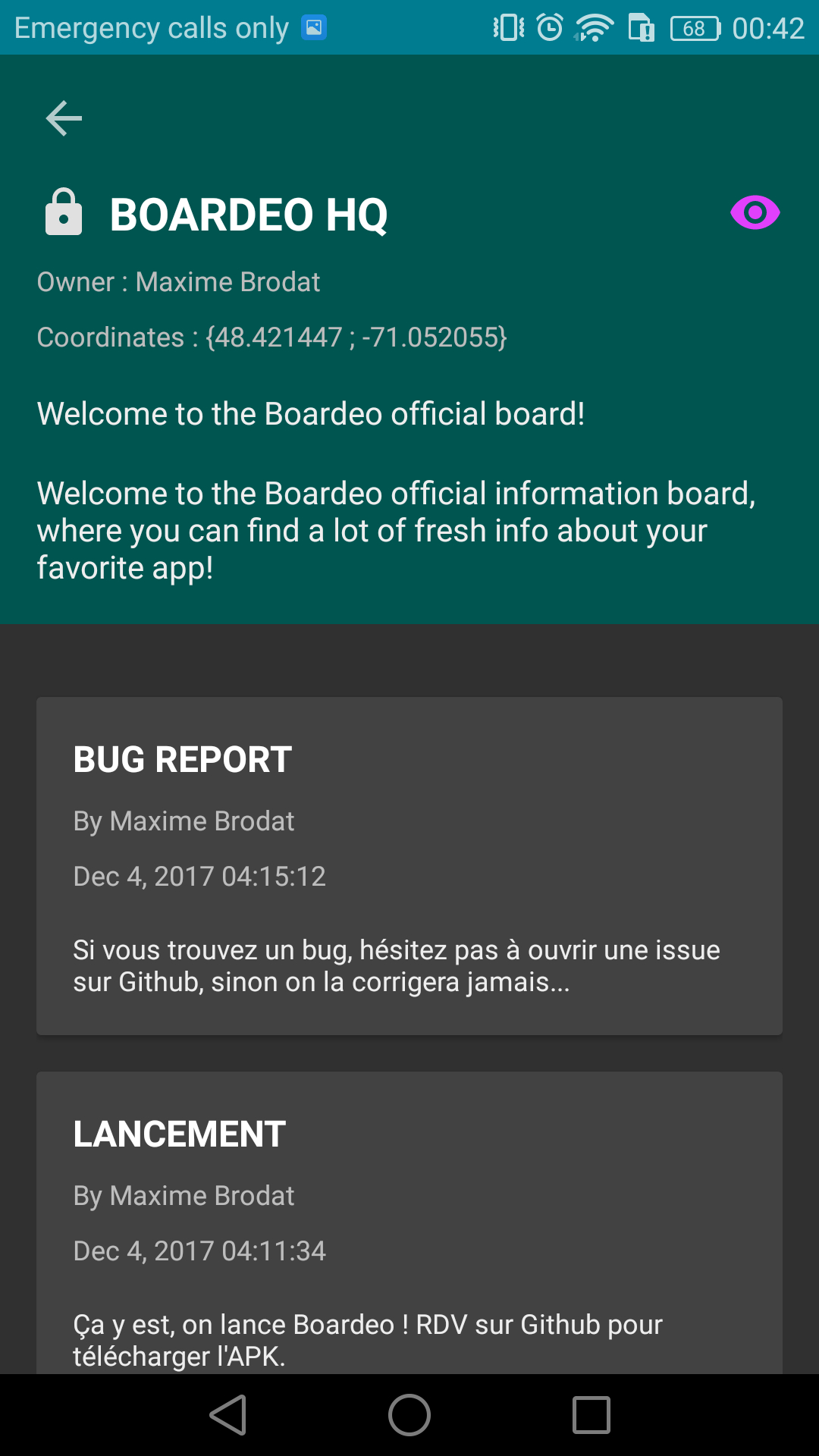 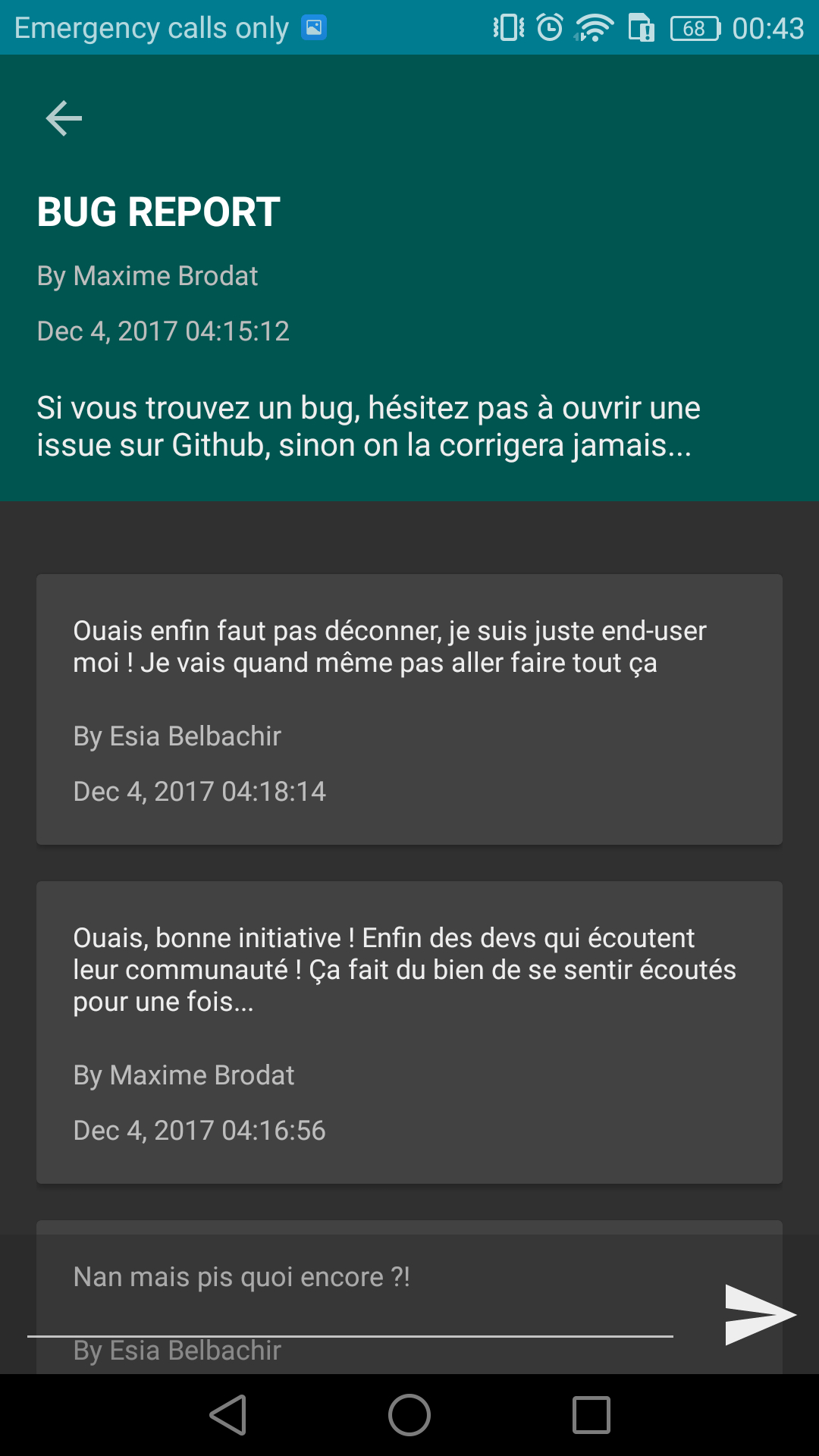 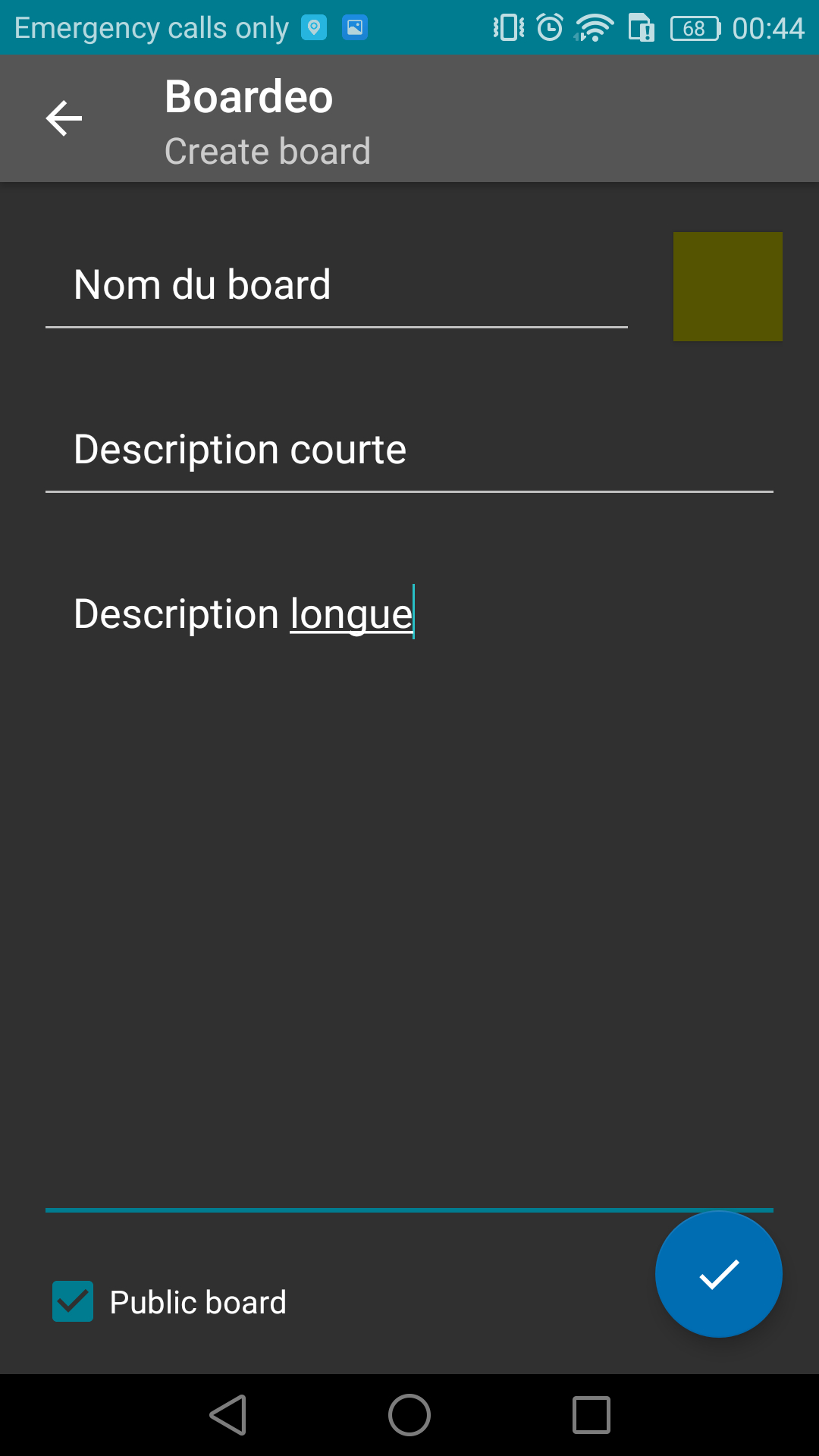